More than repairs and service

How to improve your energy efficiency 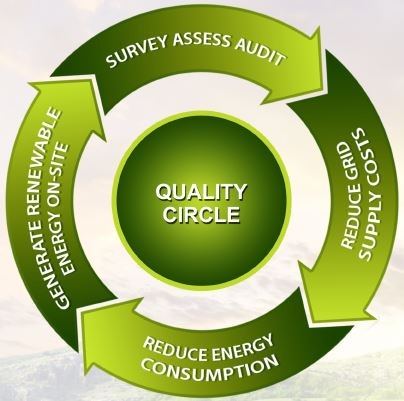 Read through the following case studies, just a few examples of how CovElec have reduced energy consumption at some end user sites.

Without obligation, we carry out energy audits utilising our data loggers to identify potential savings with clearly produced reports backed with clear evidence.

CovElec were asked to undertake an energy audit on an ammonia compressor at a well known potato chip manufacturing site in the Peterborough area.

The data logger highlighted the original motor (images in the left column) was drawing 658 amps rms, equivalent to 409 kw of energy to produce 355kw of mechanical power at the shaft. The difference of 54 kw, known as the losses

One of the biggest issues we encountered was the frame size of the original motor (shaft height from base). CovElec design team quickly reworked the mounting plates to allow the larger more efficient motor to be selected.

The replacement on the right is a IE4 energy efficient ABB motor pulling 584 amps equivalent to 363 kw to provide 355kw of power at the shaft, the difference = 8 kw of losses

The payback period to replace the motor was 9 months. A post install energy audit confirmed the savings. 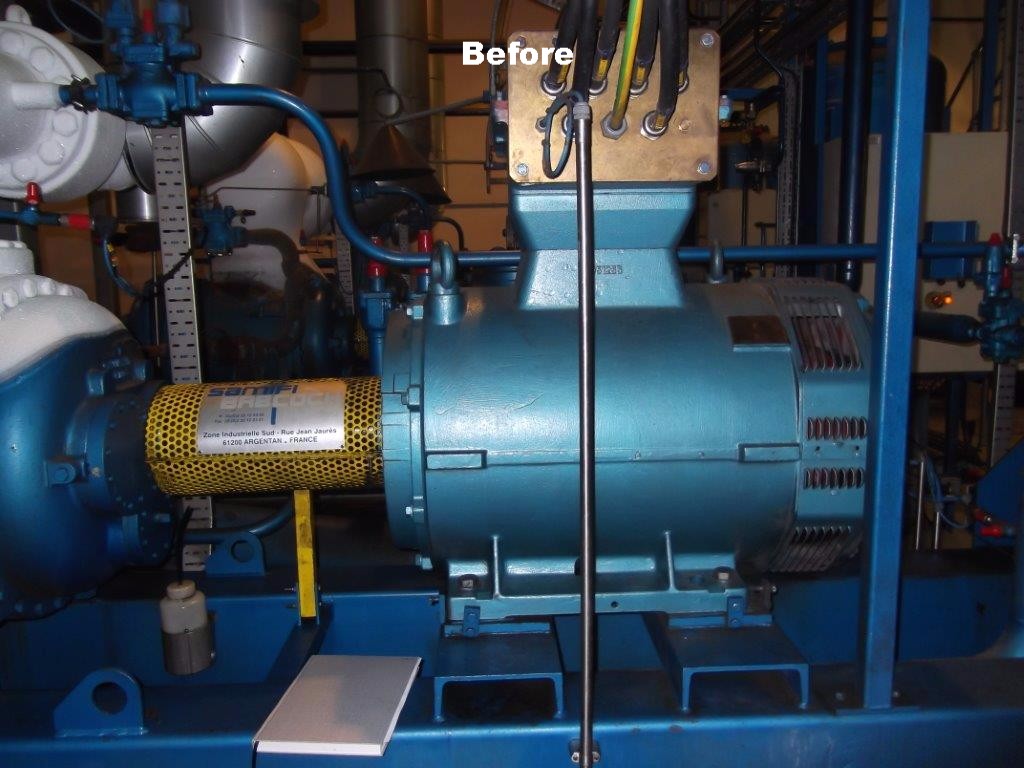 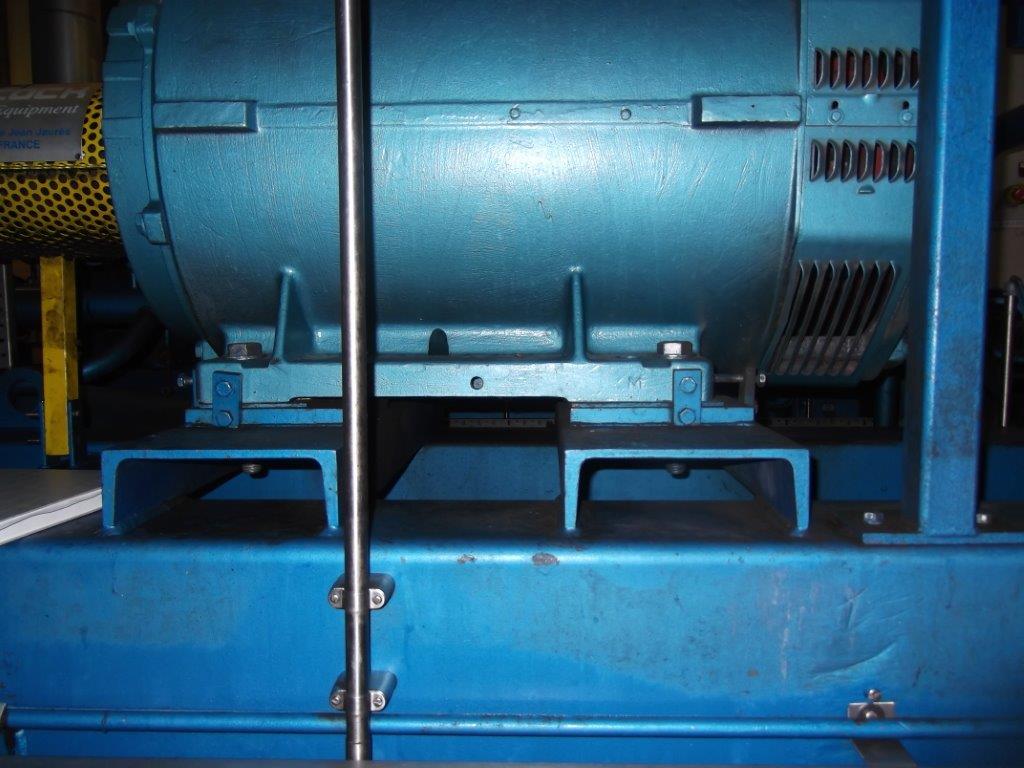 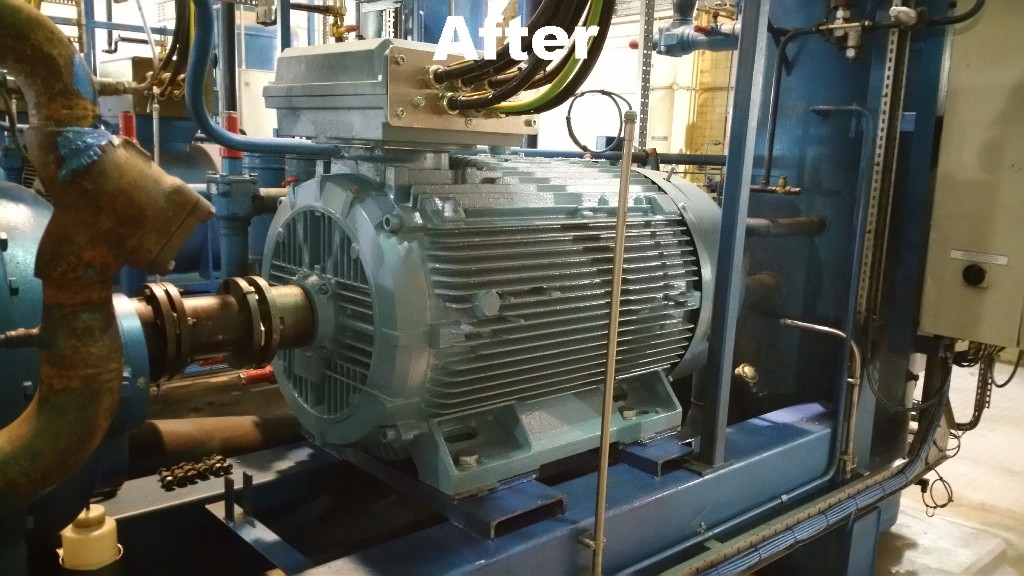 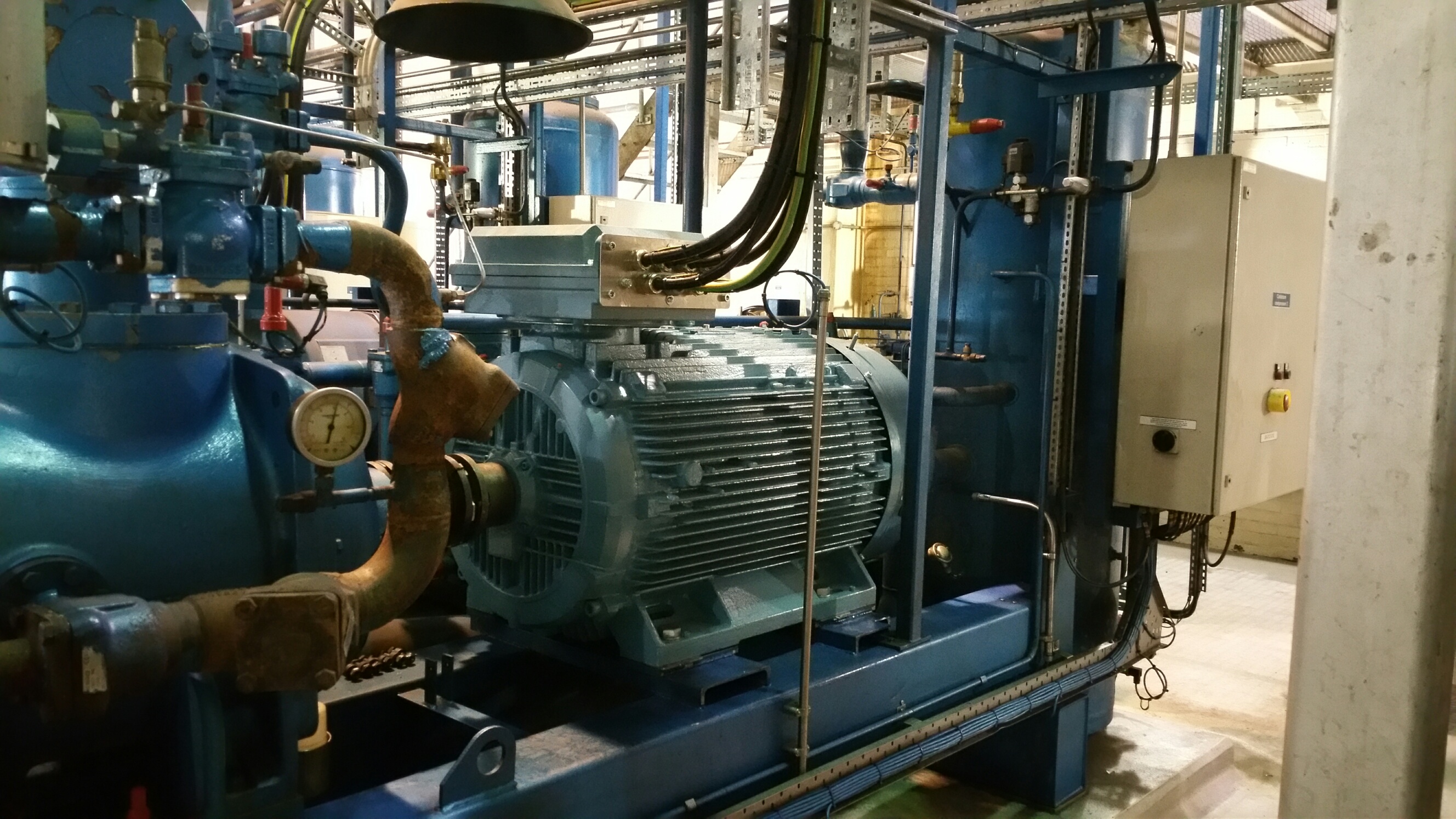 The Uk's largest snack food manufacturer challenged CovElec to seek energy reduction opportunities within some of its manufacturing sites in the UK. One of those evaluated was the Air Handling Units (AHU's).

There are 4 AHU's fans each driven by a 75kw motor through V belts. A full energy audit captured the consumption and air volume being blown into the production areas.

CovElec engineering and design team designed, installed and commissioned the new system, following completion a further energy audit was undertaken. This confirmed the savings were conservative and the payback period was improved from 10 months to 9 months as the belt drive losses were higher than those calculated.

This energy saving idea has been adopted across the whole of Europe as "best practice". CovElec continue to reduce the energy consumption and are instrumental in supporting the various site teams to carry out the works.

The following images show the before, during and after installation works 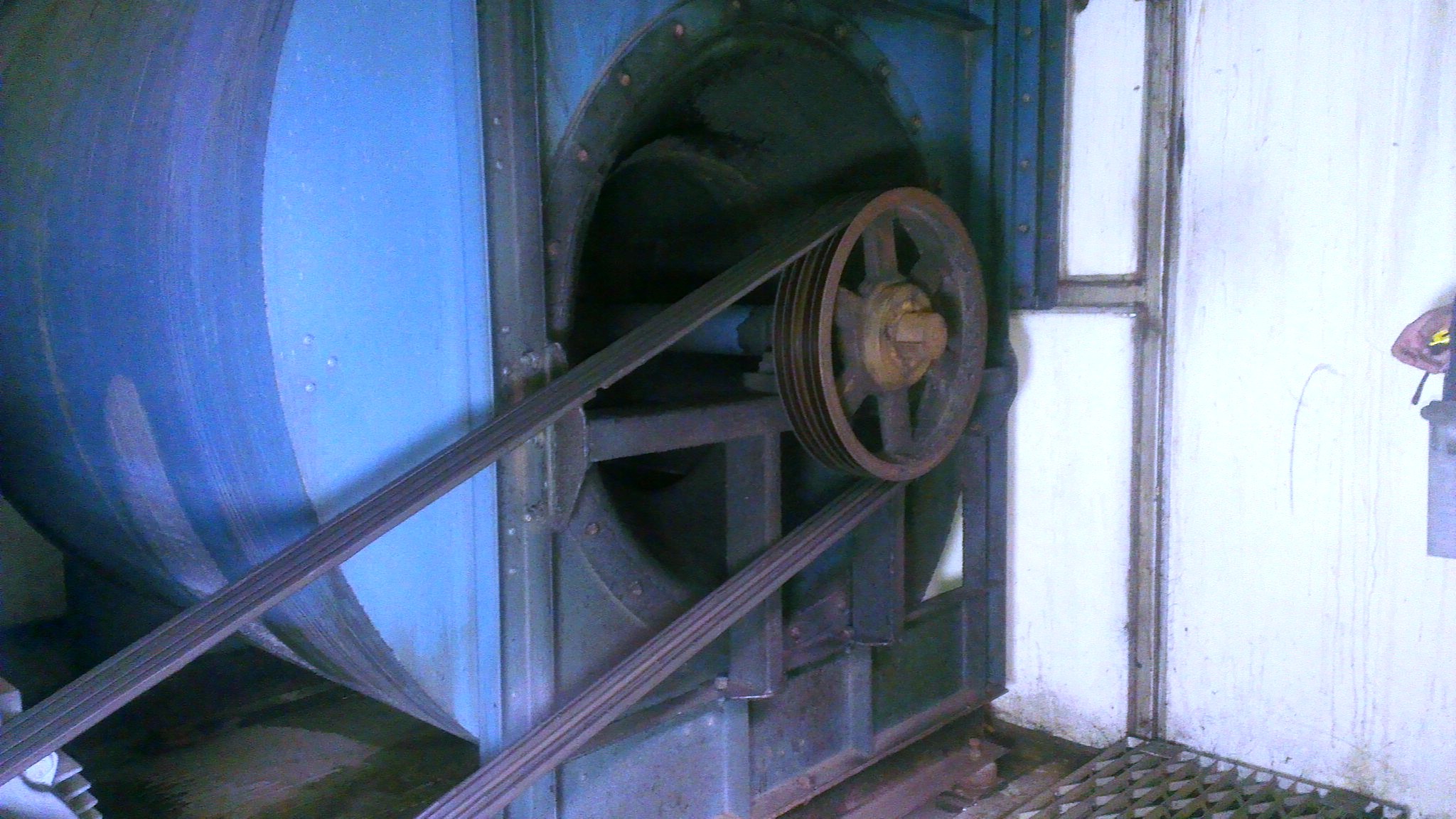 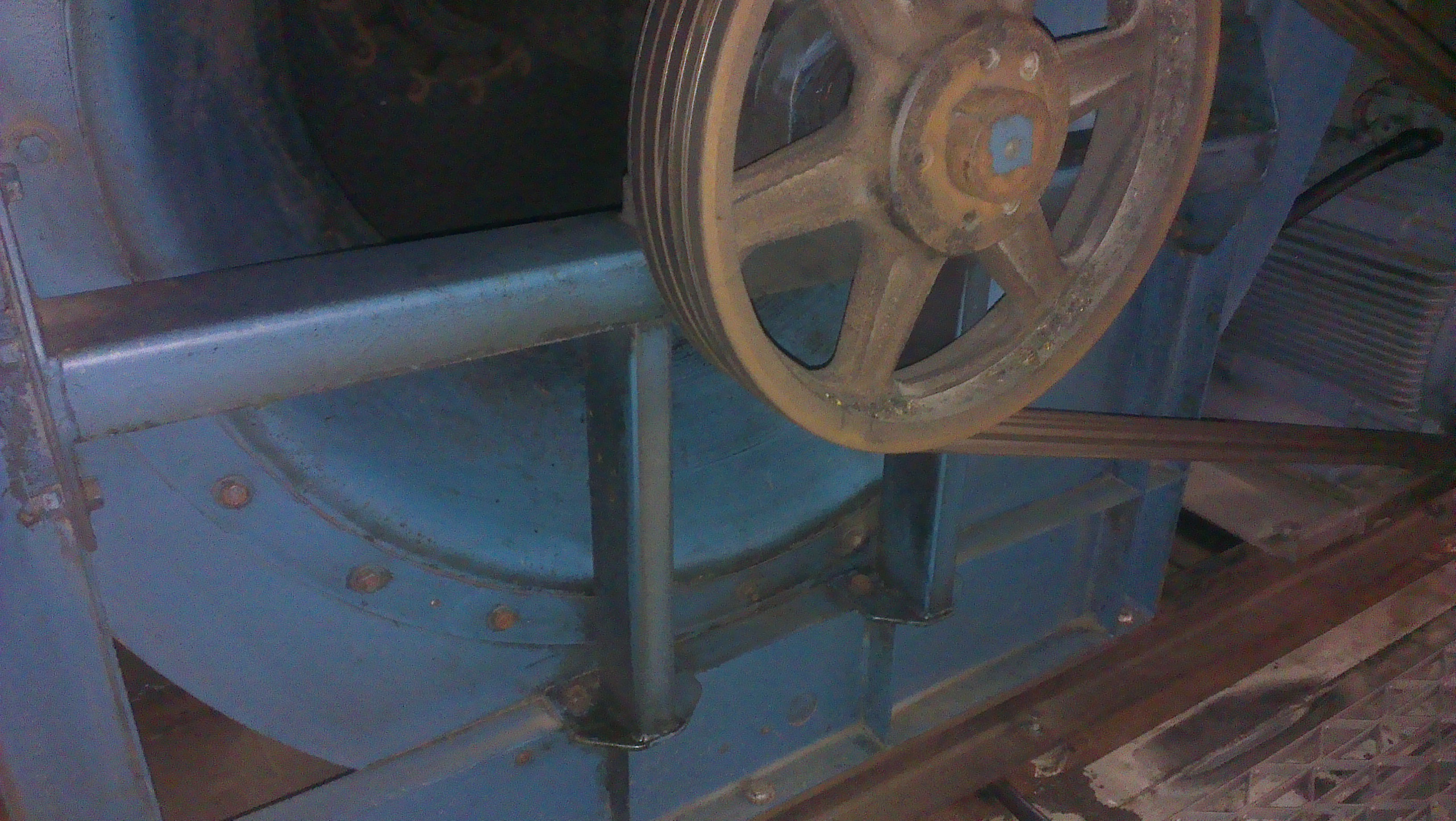 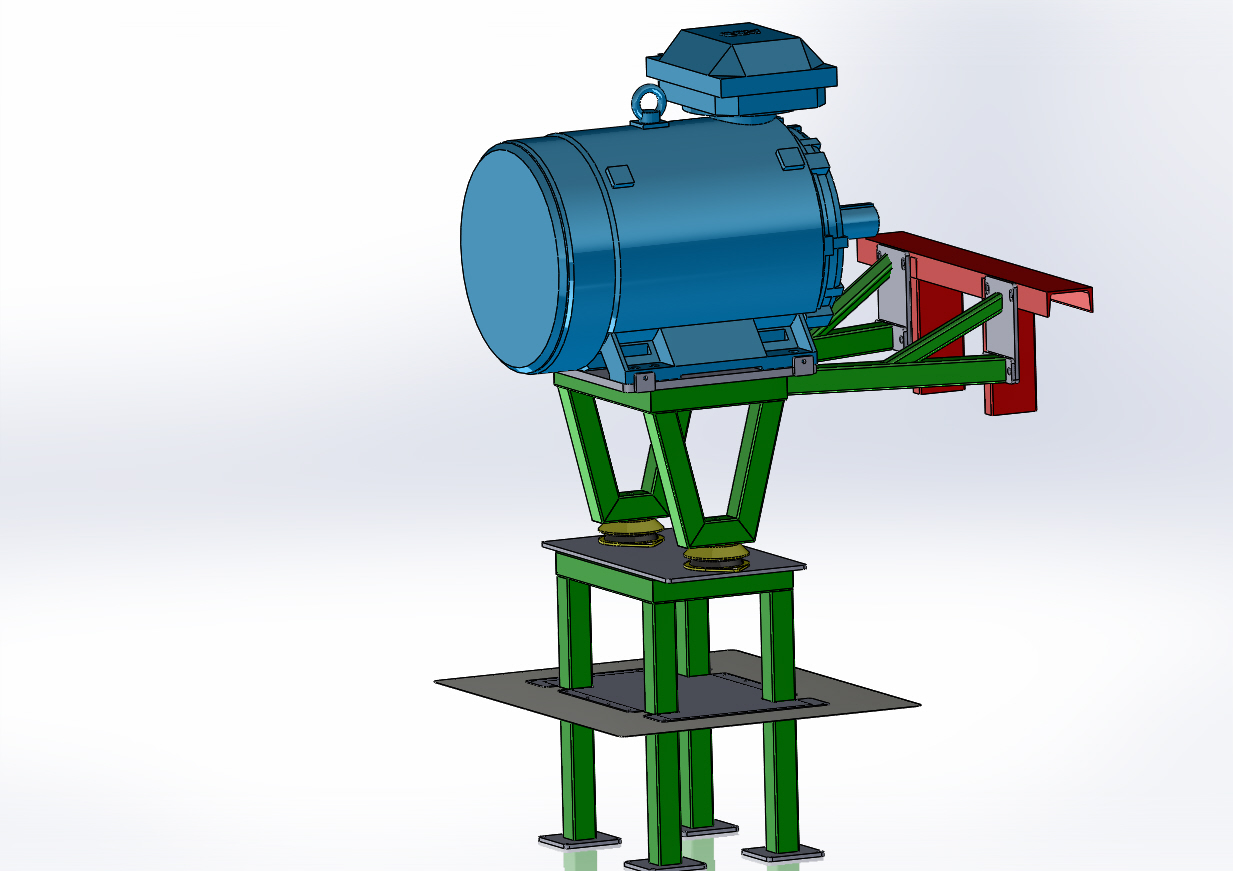 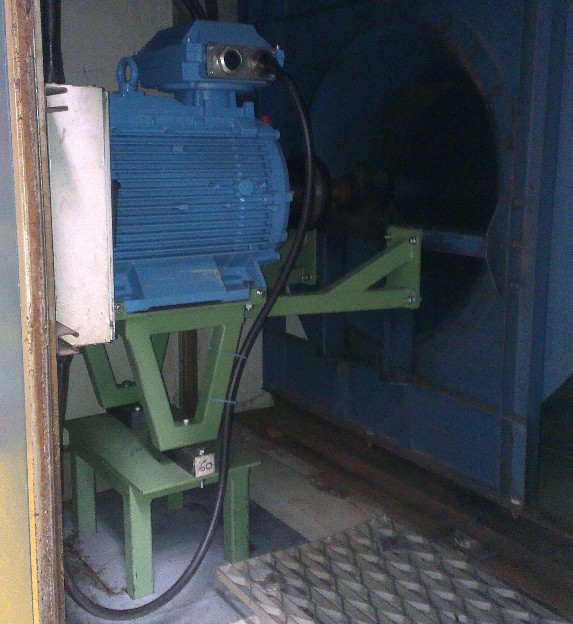 Radius Systems have been improving the energy efficiency of their site in Nottingham. The extrusion lines were driven by DC motors which are not energy efficient when compared to todays modern technology.

The challenge when updating these DC motors is the restricted space left when they are removed. The extruders at Radius Systems have the main barrel mounted directly above the motor, which restricts the physical space.

During the improvements, CovElec in partnership with IDS Systems in Nottingham, have undertaken the mechanical installation for all the AC motor upgrades.

This has been challenging, but with the engineering expertise at CovElec and their ability to think through the difficulties the upgrades have been implemented seamlessly.

On the example highlighted the original design shows the collisions with the site steel-work. CovElec designed replacement frames, modified mounting beds and cardan shaft to complete the installation 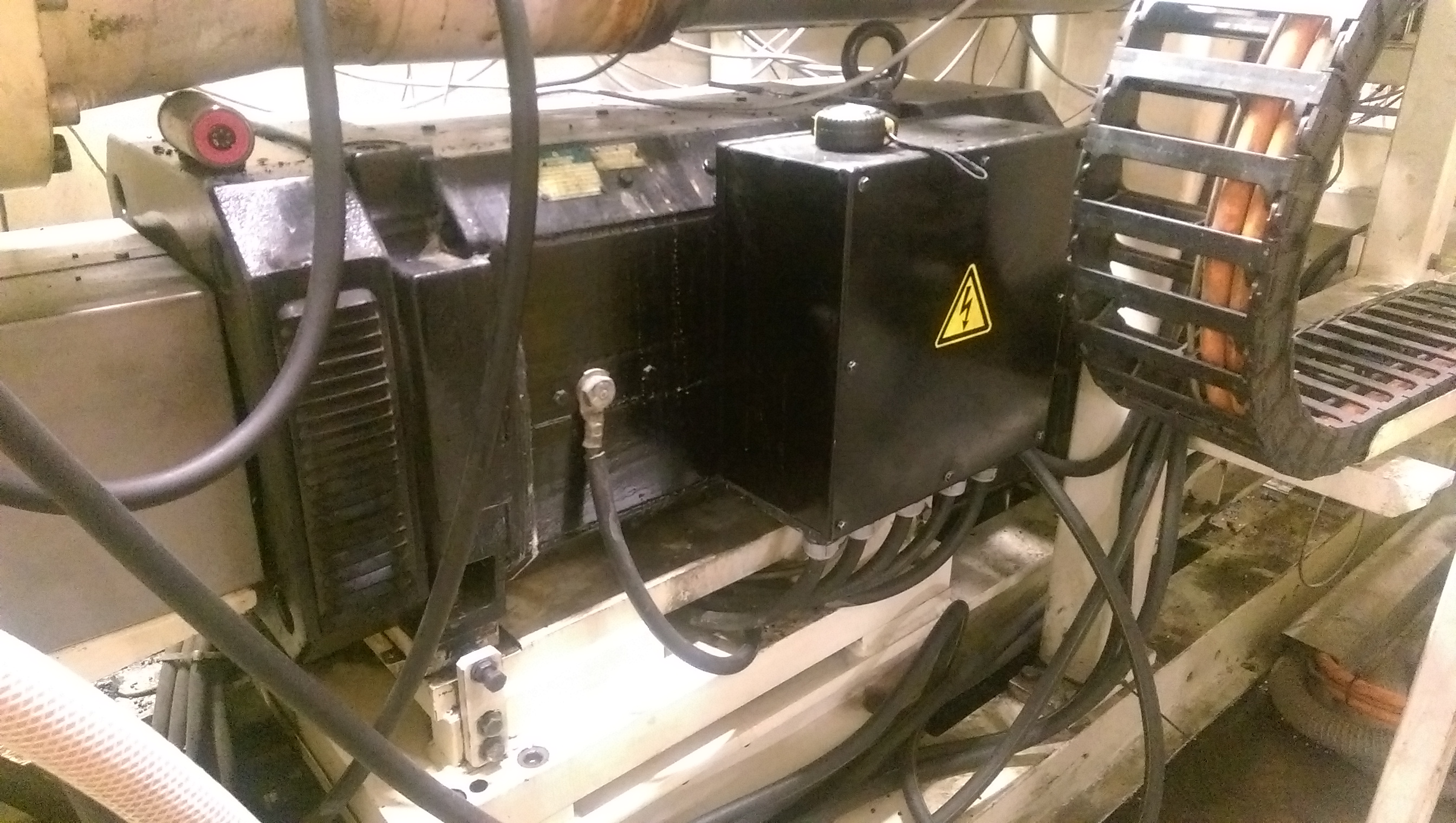 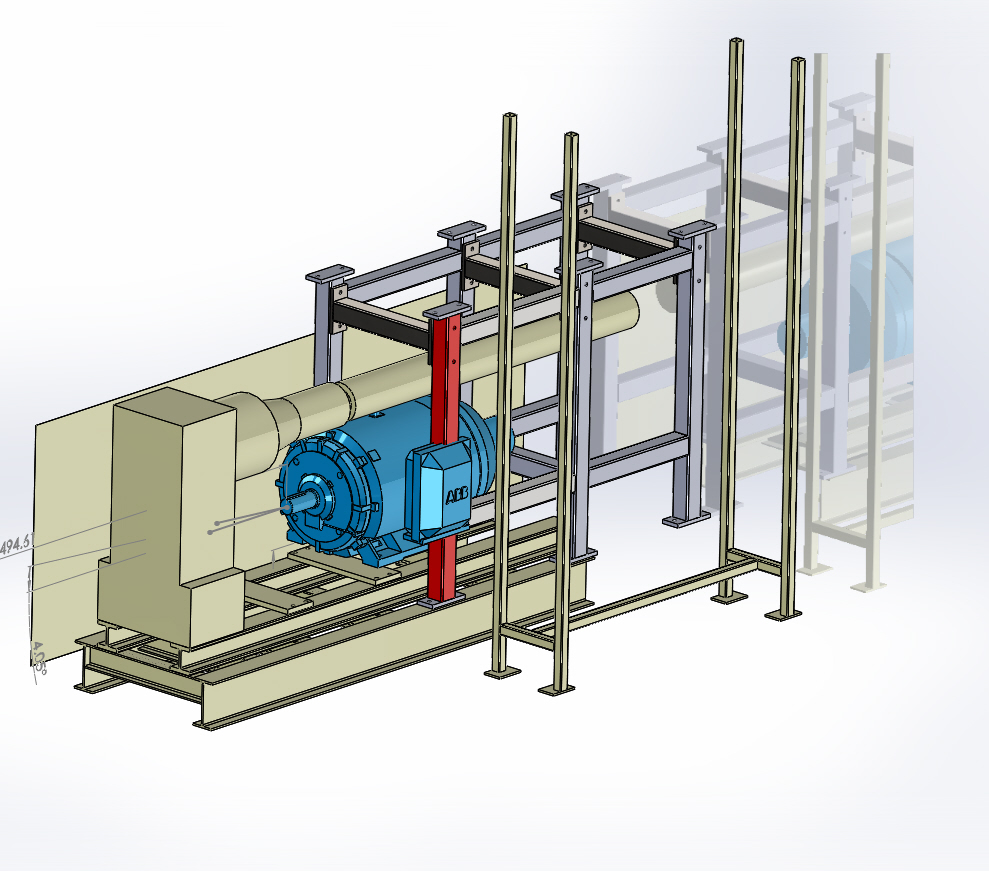 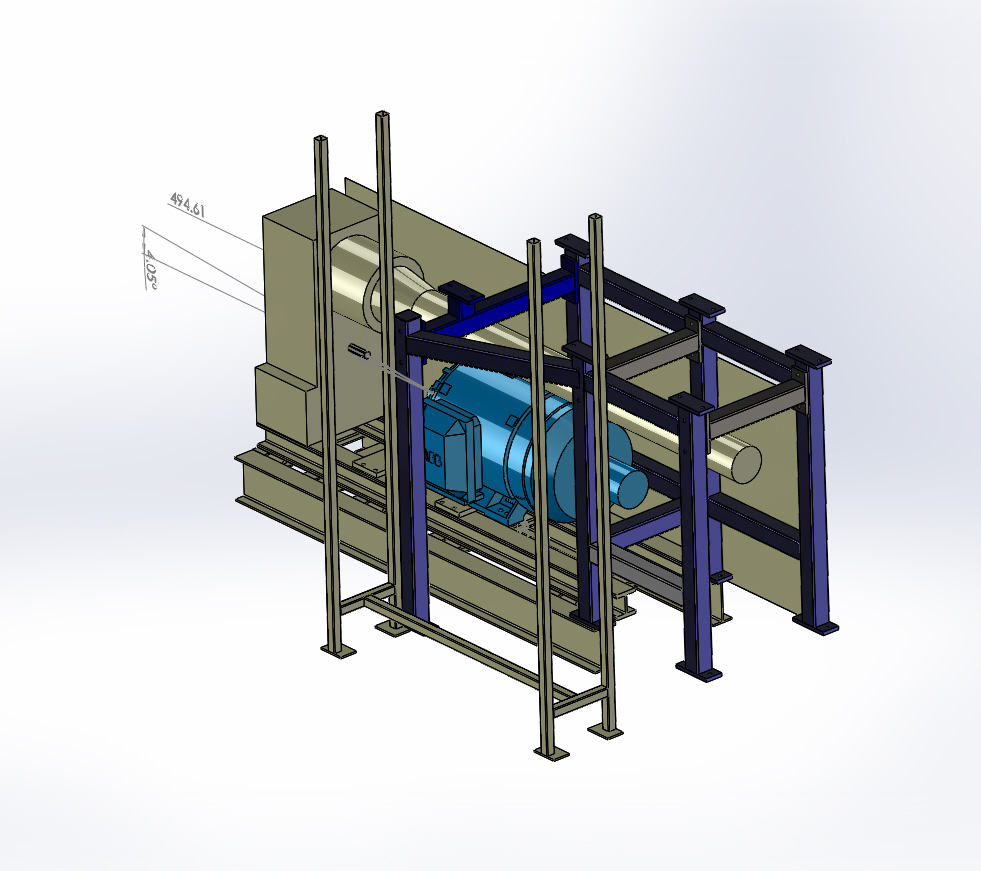 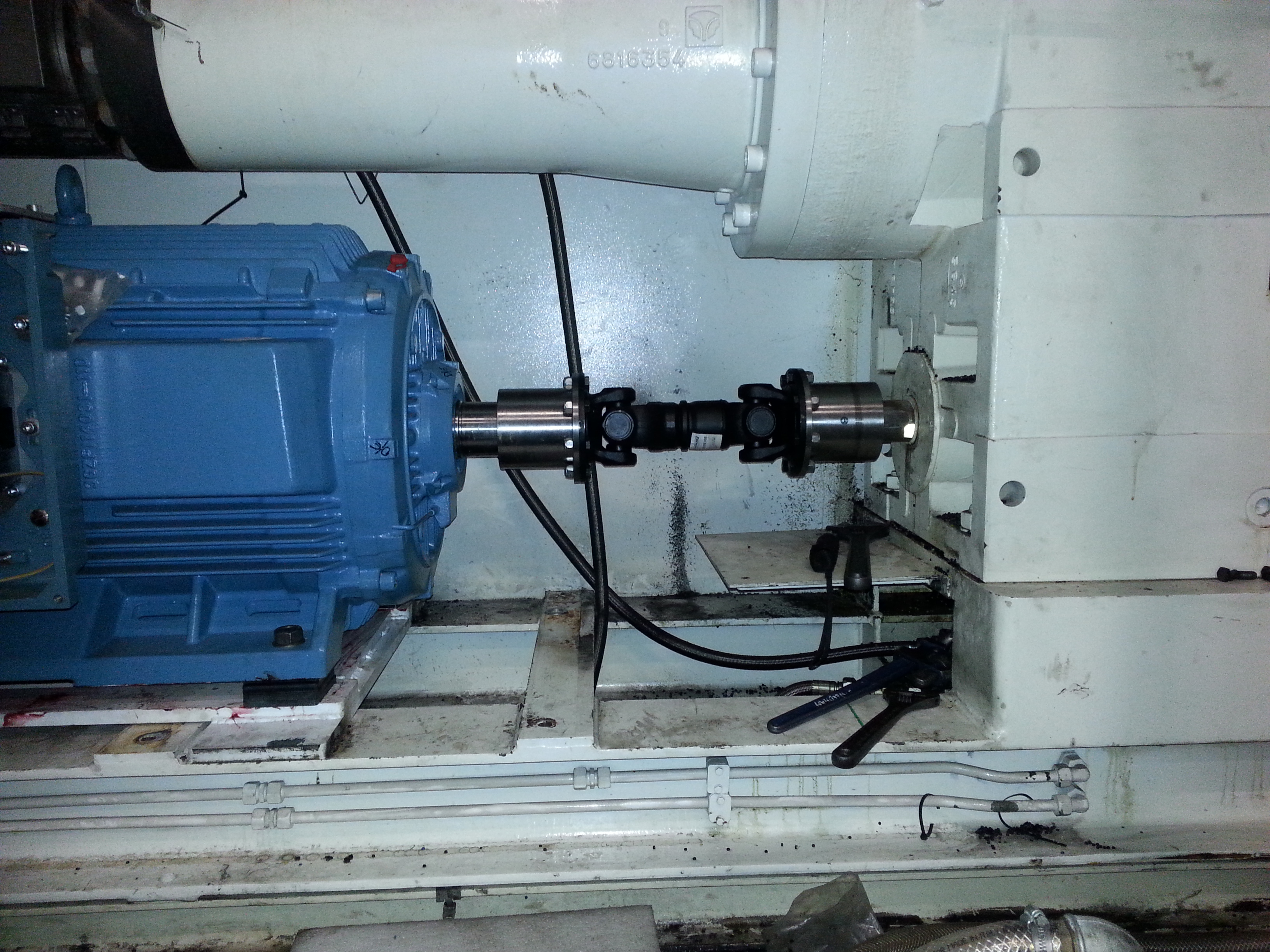